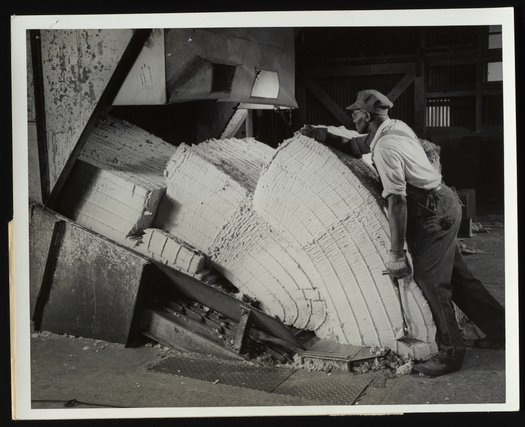 Two views of employee Paul F. Brown feeding raw cotton linters (short fiber residues left on the cottonseed after the longer staple, aka the "lint" fibers, are removed by ginning) into a bale breaking machine in the Cellulose Department at the Hercules Powder Company plant in Hopewell, Virginia. Known as "chemical cotton," purified cellulose obtained from raw cotton linters is commonly used for the manufacture of cellulose ethers, i.e. water-soluble polymers that have a variety of uses as thickeners, binders, and water-retention agents in products ranging from ceramics and paints to food, cosmetics, and pharmaceuticals. 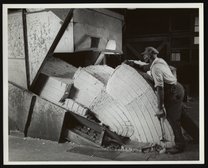