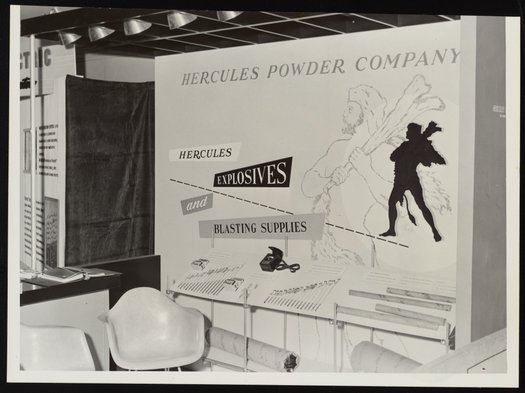 General view of the Hercules Powder Company display at the 1955 American Institute of Mining Engineers annual meeting held at the Conrad Hilton Hotel in Chicago.