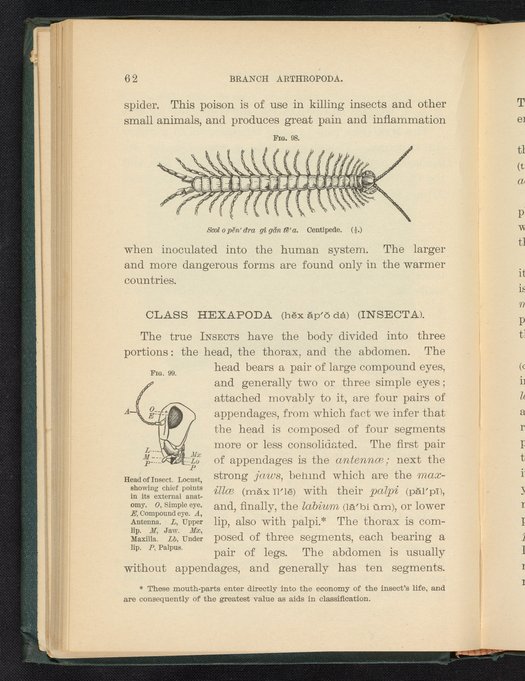 Figures 98 and 99 of the 1887 volume Popular Zoology. Figure 98 depicts a centipede. Figure 99 depicts the head of a locust, with view of the chief points in its external anatomy.