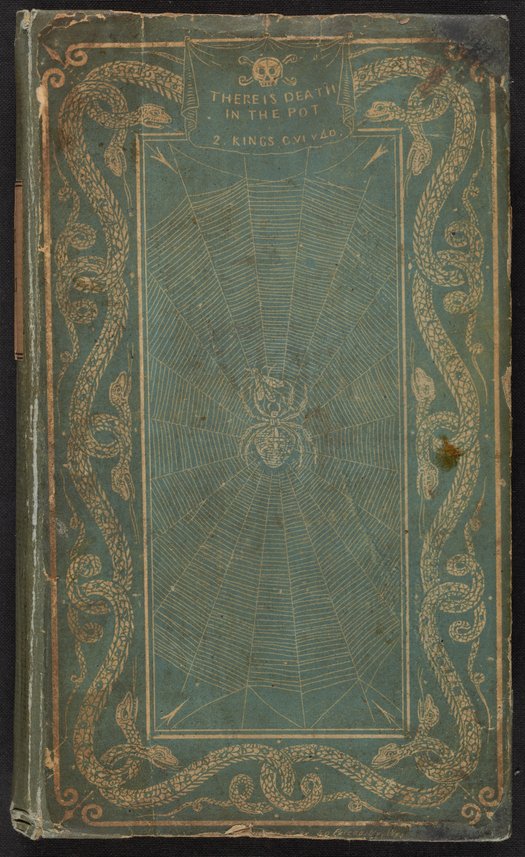 The cover and title page are digitized from the first edition of this seminal work responsible for exposing dangerous adulterations to foods and beverages. Food and drug purity legislation followed later in the nineteenth century.

Cover features boards bordered with entwined snakes and a centrally placed spider in the middle of its web. A skull and crossbones adorns the top portion of decoration with caption reading "There is death in the pot." The title page depicts a table draped in fabric containing an hourglass on its side, spindle and two moths flying around a candle flame. 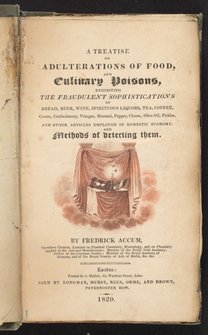 A Treatise on Adulterations of Food, and Culinary Poisons