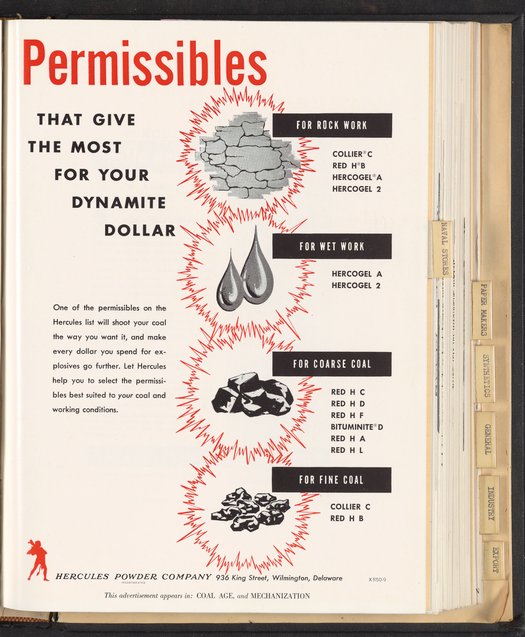 Color print advertisement for permissible explosives manufactured by Hercules Powder Company. The advertisement shows four lists of permissibles, separated into categories labelled For Rock Work, For Wet Work, For Coarse Coal, and For Fine Coal. Each category features its own accompanying illustration. This advertisement appeared in Coal Age and Mechanization.

Permissibles That Give You the Most for Your Dynamite Dollar