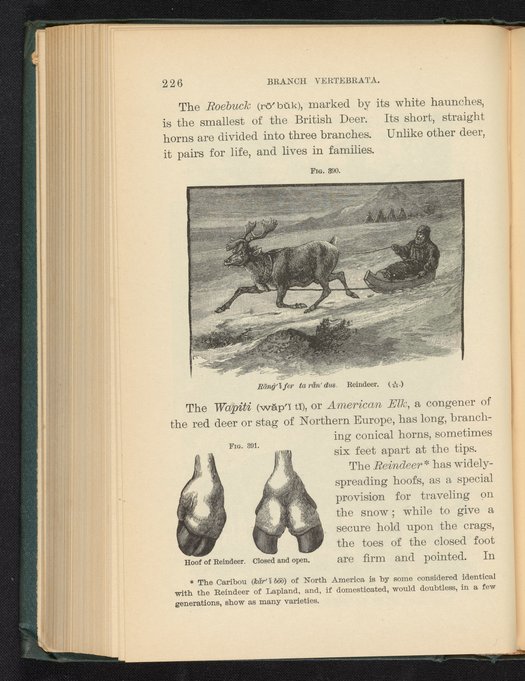 Figures 390 and 391 of the 1887 volume Popular Zoology. Figure 390 depicts a reindeer pulling a man in a sled. Figure 391 depicts closed and open views of a reindeer's hoof.