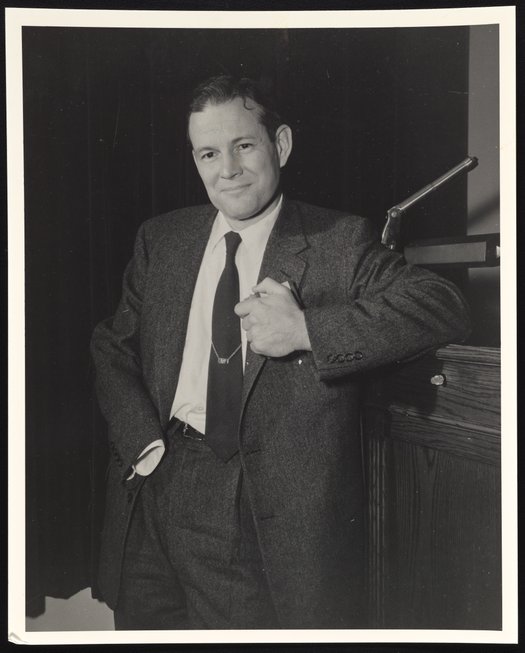 General view of American chemist Charles C. Price posed next to a lectern. Per notations accompanying the photograph, this portrait was taken when Price lectured at Jackson Laboratory, which may refer to the independent, nonprofit biomedical research institution founded in 1929. However, the exact location and affiliation of the laboratory are unknown.