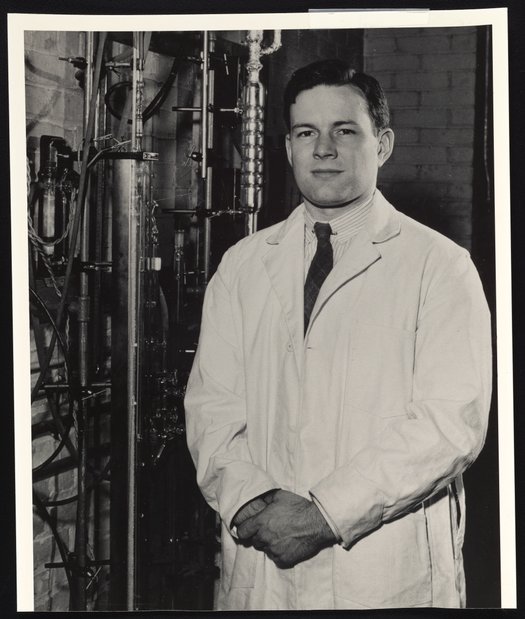 Charles Price in the chemistry laboratory at Notre Dame