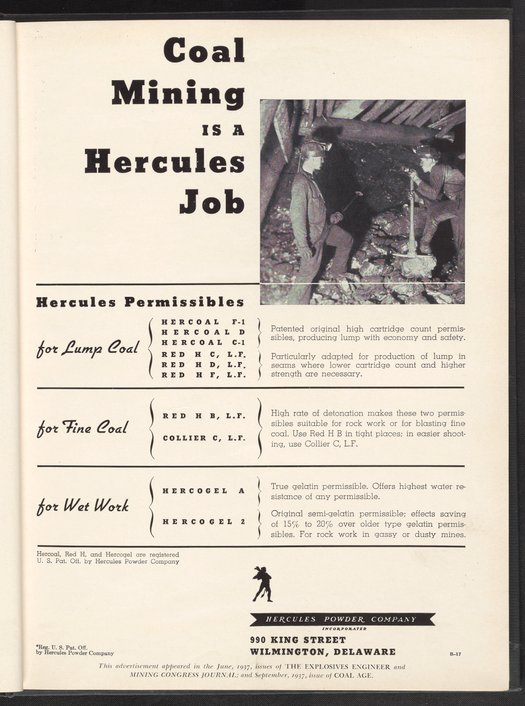 Coal Mining is a Hercules Job