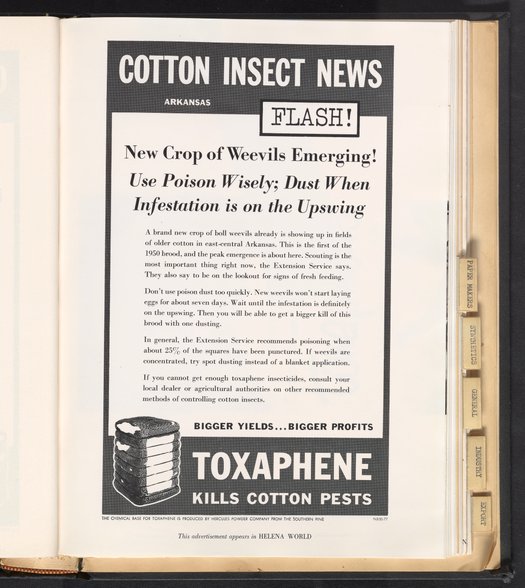 Print advertisement for toxaphene produced by Hercules Powder Company reads "Cotton Insect News Flash! Arkansas" with a bale of cotton alongside the toxaphene tagline that reads "kills cotton pests." Accompanying paragraph discusses the use of toxaphene to combat the year's predicted cotton insect infestations. This advertisement appeared in Helena World.

New Crop of Weevils Emerging! Use Poison Wisely; Dust When Infestation is on the Upswing