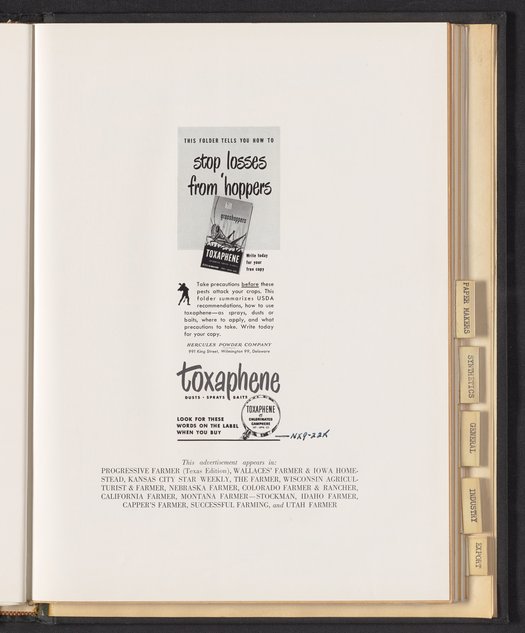 Advertisement for Toxaphene, a toxicant manufactured and sold by the Hercules Powder Company for use in pesticides and insecticides. The advertisement includes information for obtaining a booklet on the use of Toxaphene to kill grasshoppers and appeared in Progressive Farmer, Colorado Farmer & Rancher, and Successful Farming, among other publications.