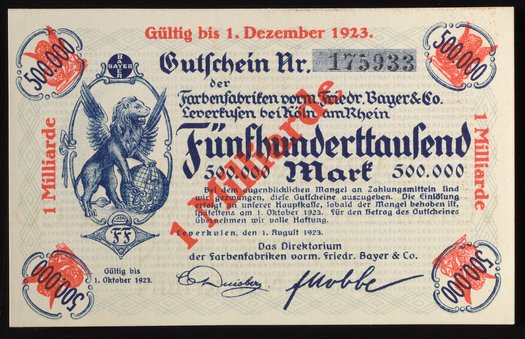 This Fünf Millionen Mark Gutschein, or five million Mark voucher, was issued by Friedrich Bayer & Company. Design includes a cartouche containing a winged lion with caduceus and globe as well as the Bayer logo. By the end of August 1923, inflation was so high that billion Mark notes were issued by printing over the August 1st note.