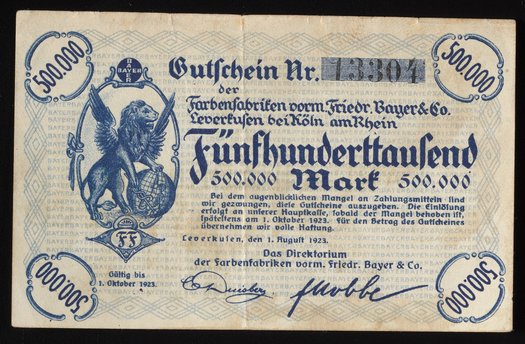 This Fünfhunderttausend Mark Gutschein, or five hundred thousand Mark voucher, was issued by Friedrich Bayer & Company. Design includes a cartouche containing a winged lion with caduceus and globe as well as the Bayer logo.