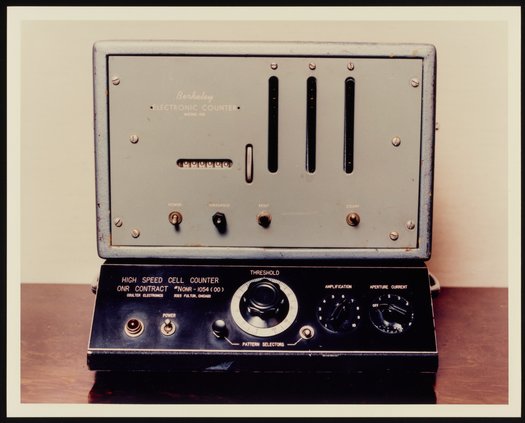 Based on the Coulter principle, this cell counter quantifies and sizes particles suspended in a fluid, like blood cells, bacteria, and a wide variety of other substances. The instrument works by drawing liquid containing the particles through a channel, where each particle releases an electrical charge that is measured and counted. The Coulter principle was discovered by Wallace H Coulter in the late 1940s and patented in 1953. The Coulter counter was manufactured by Coulter Corporation until 1997, when the company was acquired by Beckman Instruments and became known as Beckman Coulter, Inc. Berkeley, which manufactured this particular model, was a division of Beckman Instruments. 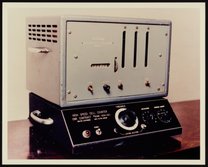 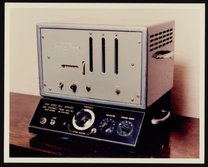 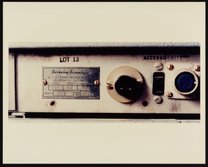