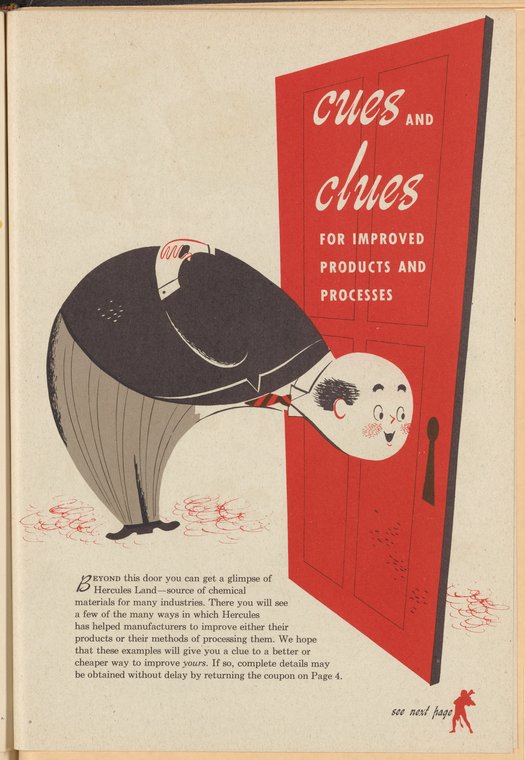 A brochure describing the ways in which the Hercules Powder Company has assisted chemical manufacturers to improve either their products or processing methods. Discusses Hercules resins, post-graduate training programs, thermoplastics, and rosins. Illustrated with a series of colorful cartoons. Includes anti-black imagery depicting a minstrel show scene with a blackface performer. 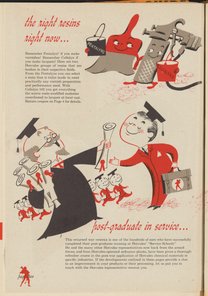 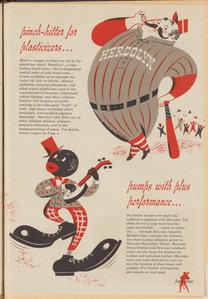 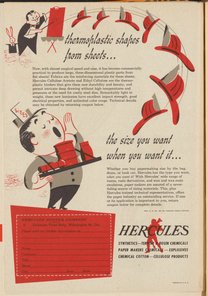