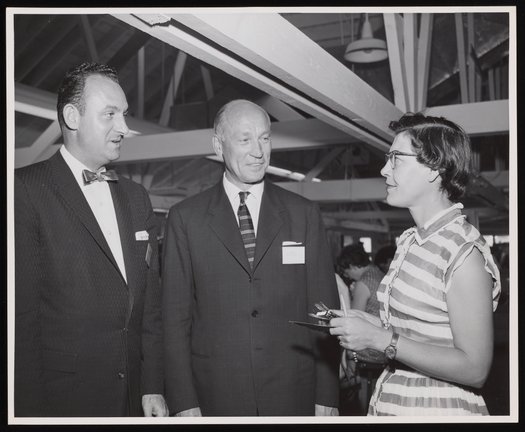 Arnold Beckman and various unidentified men and women, photographed during Beckman's visit to the Berkeley Division. Four of the images include the EASE (Electronic Analog and Simulation Equipment).

All but two photographs are encapsulated, and all bear a photographer's stamp as well as an individual number. 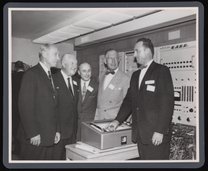 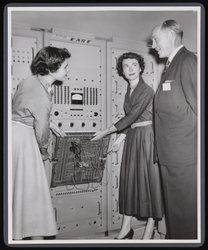 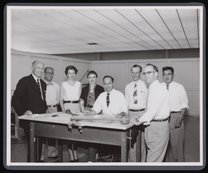 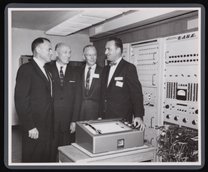 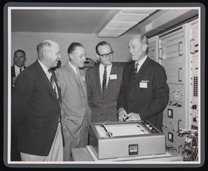 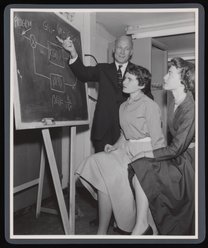 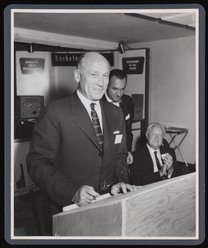