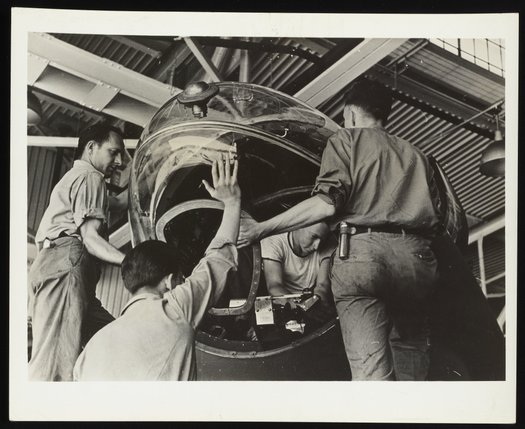 General view of several unidentified employees installing Plexiglass panels on the nose of a Douglas A-20 attack bomber. Per notations accompanying the photograph, the two halves that form the nose of the bomber are cemented together with acrylic resin and bolted into position on the aircraft. This photograph was likely taken at the Rohm and Haas Company plant located in Bristol, Pennsylvania.

Installation of Plexiglas panels at Rohm and Haas facility