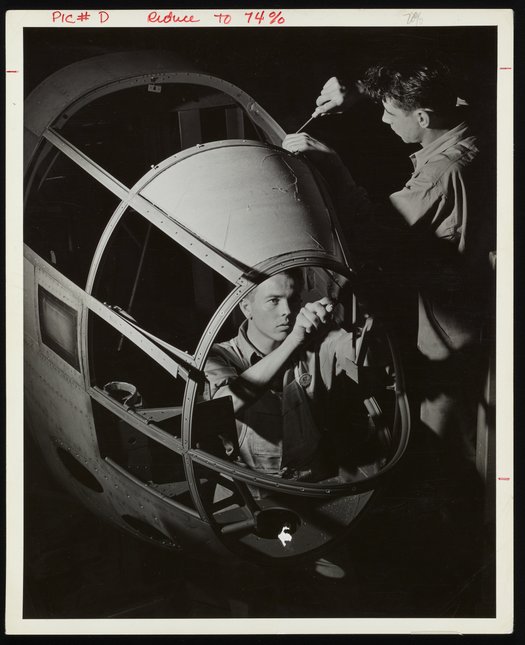 General view of two unidentified employees working on the nose of a Douglas A-20 attack bomber aircraft prior to the installation Plexiglas windshield panels. This photograph was likely taken at the Rohm and Haas Company plant located in Bristol, Pennsylvania.

Douglas A-20 attack bomber at Rohm and Haas facility