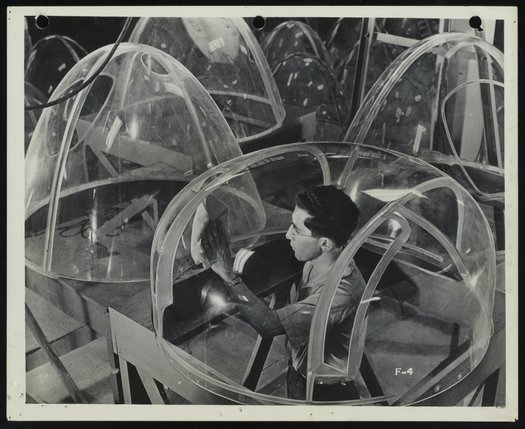 General view of an unidentified male employee polishing a curved panel of Plexiglas designed for use on the nose of an aircraft attack bomber. Several finished panels are visible in the background. Per notations accompanying the photograph, the polishing and buffing of the panels was the final step in the production of the bomber noses. This photograph was likely taken at the Rohm and Haas Company plant located in Bristol, Pennsylvania.