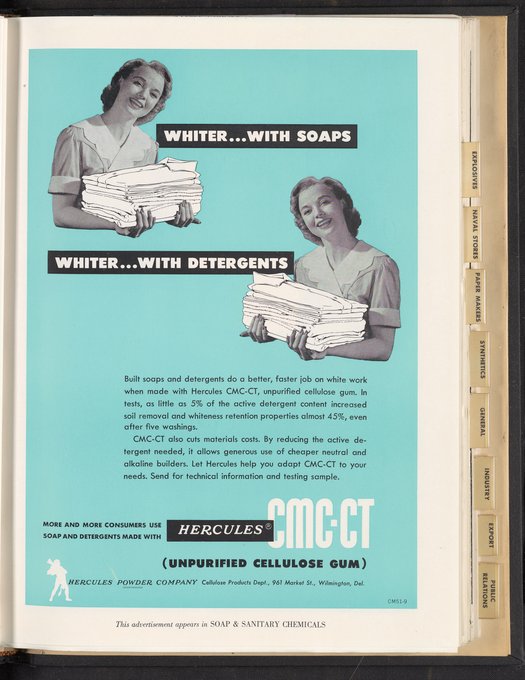 Color print advertisement for Hercules CMC-CT, unpurified cellulose gum manufactured and sold by Hercules Powder Company for use in detergent products. The advertisement shows two views of a smiling woman holding stacks of laundered white shirts. The accompanying text promotes the use of Hercules CMC-CT as an additive to detergents. This advertisement appeared in Soap & Sanitary Chemicals.