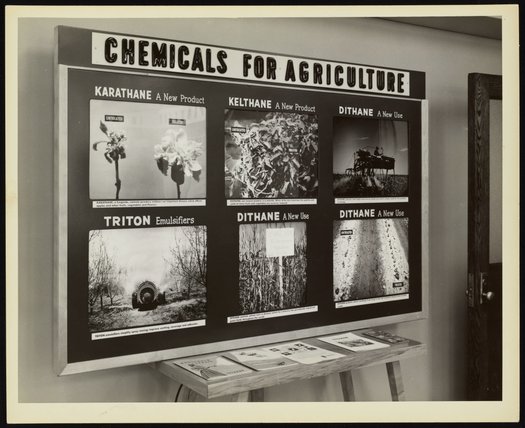 General view of an exhibit panel on agricultural chemicals, including fungicides, miticides, and emulsifiers, exhibited at the 1956 Rohm and Haas Company stockholders' meeting.

Chemicals for Agriculture exhibit board