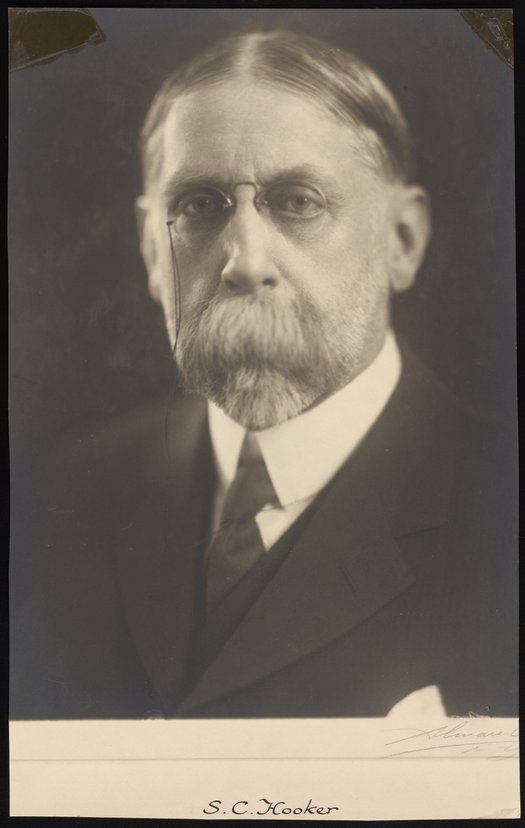 Portrait of Samuel Cox Hooker (1865-1935). Hooker was born on April 19, 1865, in Benchley, Kent, England and studied at the Government Science School in South Kensington, London. Hooker earned his PhD from the University of Munich in 1885 and subsequently immigrated to the United States, settling near Philadelphia. In Philadelphia, Hooker notably analyzed water pollution levels, eventually establishing a correlation between the disease epidemic in the Kensington neighborhood and the water being pumped from the Delaware River. Over the course of his career, Hooker also extensively wrote on sugar manufacturing and refining and was instrumental in developing a method for recovering sugar from beet-molasses, as well as served on the board of directors for the American Sugar Refining Co. Samuel Cox Hooker died in Brooklyn, New York on October 12, 1935.