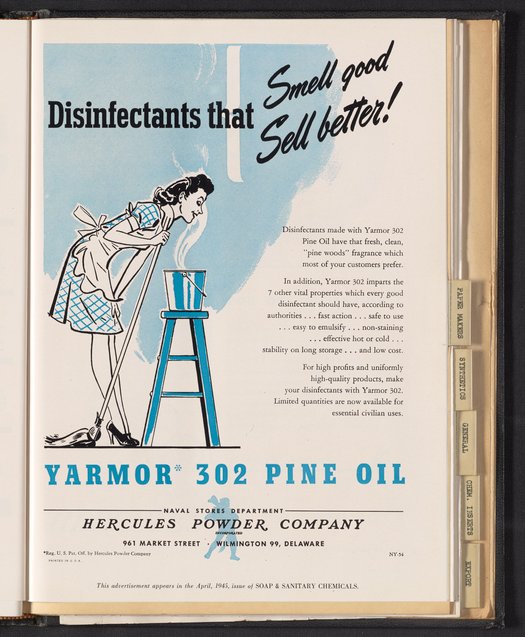 Advertisement for Yarmor 302 Pine Oil manufactured and sold by the Hercules Powder Company for use in disinfectants. The advertisement features an illustration of a housewife leaning over a mop bucket to inhale the disinfectant's fresh, clean "pine woods" fragrance. This advertisement appeared in the April 1945 issue of Soap & Sanitary Chemicals.