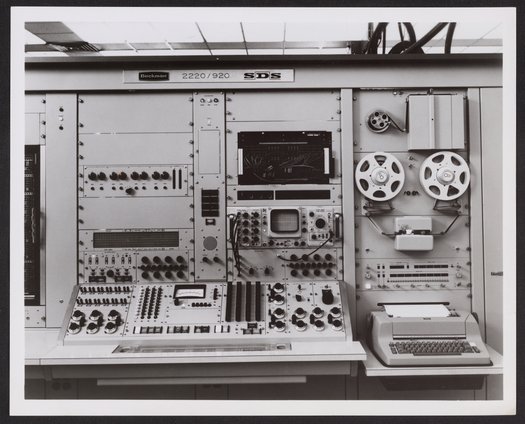 The photograph showing the full view of the computer bears the Moss Photography stamp; the other is unattributed.

The integrated computing system, including a Beckman 2200 analog computer and Scientific Data Systems 920 digital computer, was introduced in 1964. 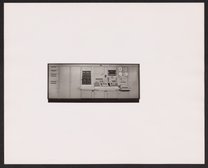