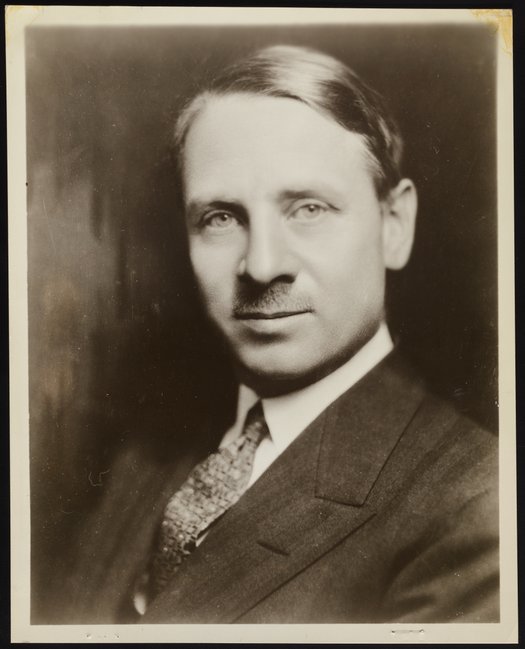 Portrait of George O. Curme, Jr. (1888-1976), popularly known as the father of ethylene and for his pioneering work on applications for by-products of petroleum processing.

Born in Mount Vernon, Iowa on December 24, 1888, George O. Curme, Jr. earned his B.A. in chemistry from Northwestern University and his PhD from the University of Chicago in 1913. Following his collegiate studies, Curme traveled to Germany to study under Nobel laureates Fritz Haber and Emil Fischer and later conducted research at the Mellon Institute of Industrial Research in Pittsburgh, Pennsylvania from 1914-1919. While at Mellon, Curme succeeded in producing acetylene from petroleum and, in his subsequent career with Union Carbide, also developed synthetic methods for the commercial production of various types of explosives, anesthetics, plastics, alcohol, and pesticides, including acetone, butanol, ethyl alcohol, and vinyl chloride. In recognition of his various achievements, Curme was the recipient of the Chandler Medal (1933), Perkin Medal (1935), Elliot Cresson Medal (1944), and the William Gibbs Medal (1944). George O. Curme, Jr. died on July 28, 1976 in Oak Bluff, Massachusetts.