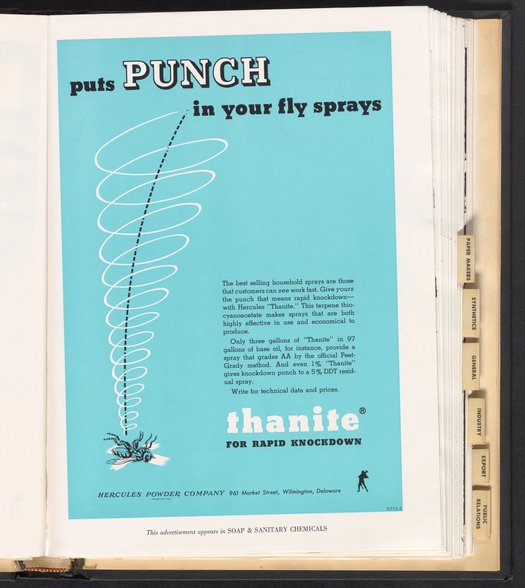 Advertisement for thanite DDT insecticide spray depicts a fly killed by the effects of the spray.

Distillations article
Beyond Silent Spring: An Alternate History of DDT

Puts Punch in your fly sprays