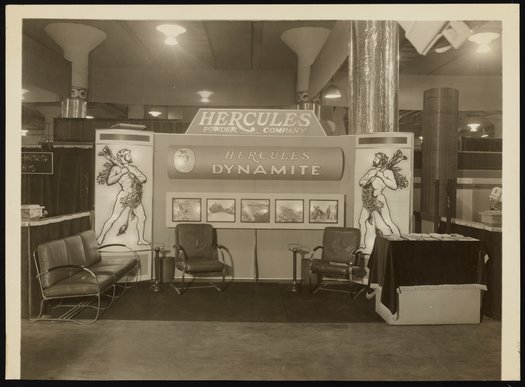 General view of the Hercules Powder Company display at the 1936 Cleveland Coal Show held at the Cleveland Public Auditorium.