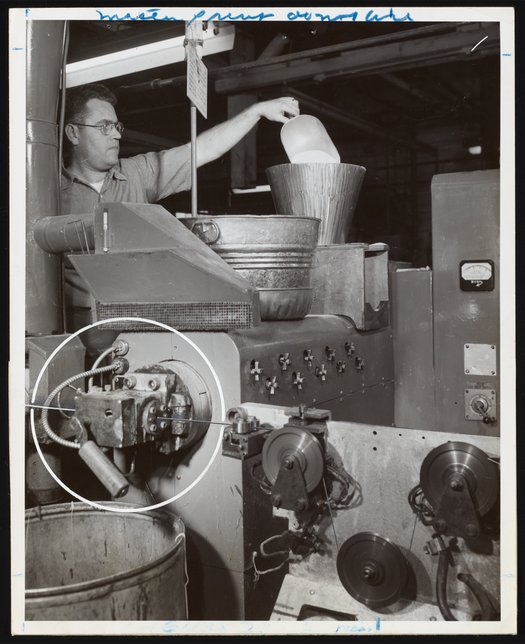 General view of Joseph Maurer pouring ethyl cellulose into the hopper of a plastic extrusion machine at the Hercules Powder Company plant in Port Ewen, New York. In the machine, the ethyl cellulose was heated and then extruded as flakes to coat and insulate wires used in the electric blasting caps produced at the plant. A circle drawn around the apparatus on the left-hand side highlights how the uncoated wire entered the machine via the mechanism on the right while the insulated wire is visible being extruded on the left.