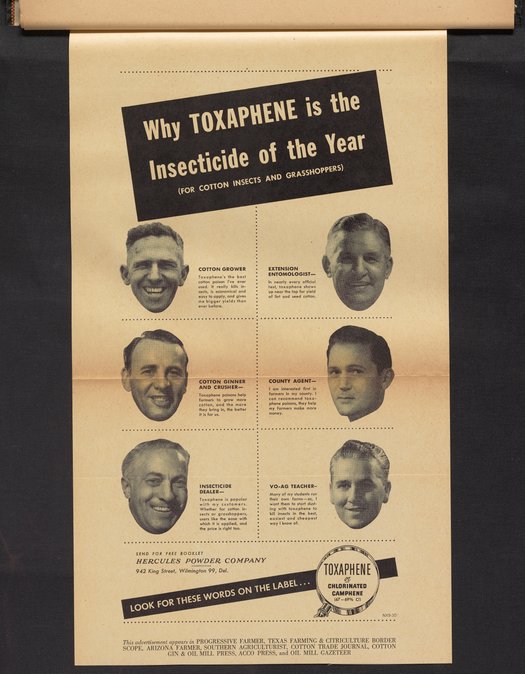 Advertisement for Toxaphene, a toxicant manufactured and sold by the Hercules Powder Company for use in pesticides and insecticides featuring testimonials from various stakeholders, including a cotton grower, entomologist, and an insecticide dealer. This advertisement appeared in Progressive Farmer, Southern Agriculturist, and Cotton Gin & Oil Mill Press, among other publications.