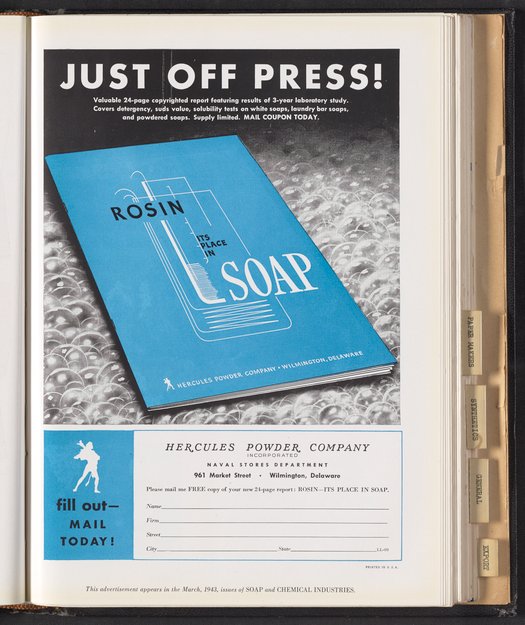 Advertisement and order form for Rosin: Its Place in Soap, a publication of the Hercules Powder Company detailing the results of a three-year laboratory study of the use of rosin in soap. This advertisement appeared in the March 1943 issues of Soap and Chemical Industries.