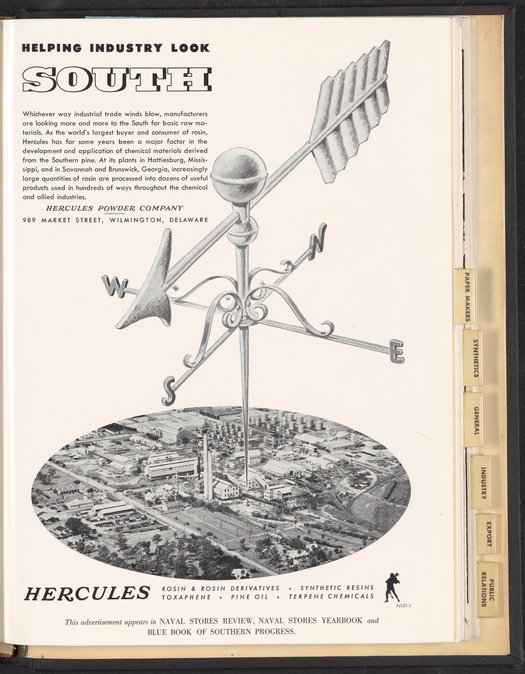 Print advertisement for Hercules Powder Company rosin and rosin derivatives. The advertisement shows an enlarged illustration of a weather vane pointing south, above an aerial photograph of an industrial building. The accompanying text describes Hercules Powder Company's use of the Southern pine to produce chemical materials such as rosin and other industrial products. The text refers to Hercules as "the world's largest buyer and consumer of rosin." This advertisement appeared in Naval Stores Review, Naval Stores Yearbook, and Blue Book of Southern Progress.