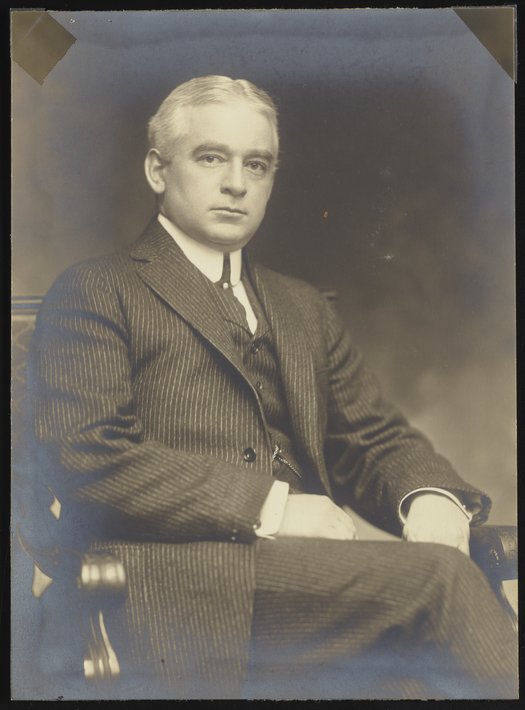 Portrait of William H. Walker (1869-1934), a pioneer of chemical engineering practice and principles in the United States.

William H. Walker was born in Pittsburgh, Pennsylvania in 1869 and graduated from Penn State in 1890. Walker subsequently earned his Ph.D. in organic chemistry from Göttingen University in 1892 and returned to Penn State as an instructor of chemistry from 1892-1894. Walker joined the Massachusetts Institute of Technology in 1894 as the chair of industrial chemistry and, in partnership with Arthur Dehon Little (1863-1935), worked to reform MIT's chemical engineering curriculum. Due in part to Little and Walker's efforts, MIT's School of Chemical Engineering Practice was founded in 1917. In 1924, Walker collaborated with Warren K. Lewis and William H. McAdams to co-author the first chemical engineering textbook, “Principals in Chemical Engineering,” which became the standard text for chemical engineering instruction.