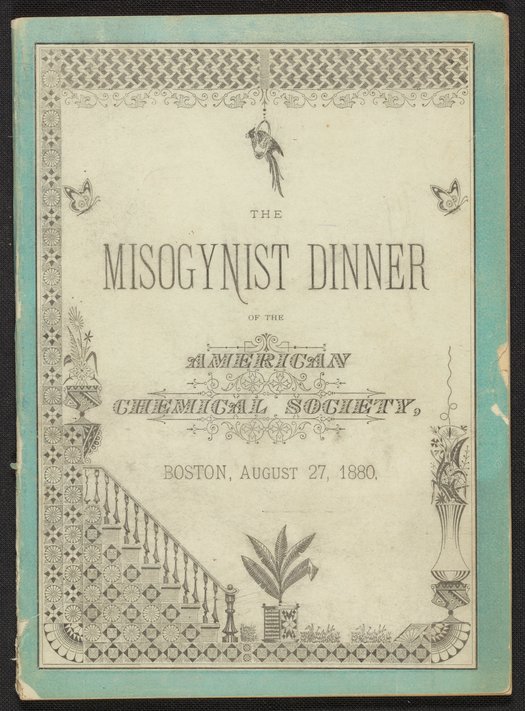 This pamphlet covers the events of a formal dinner that took place on August 27, 1880 in Boston, Massachusetts following the 29th Meeting of the American Association for the Advancement of Science. The dinner was for members of the young American Chemical Society (ACS) and was presided over by Henry Morton and Thomas Sterry Hunt, both founding members of the ACS. No female members nor wives of male members were allowed to attend the dinner. The entertainment for the night consisted of anti-female toasts, quotes, epigrams and songs. At the time there was only one women member of the ACS, Rachel Bodley, and soon after this event she withdrew from the society. There was not another woman member of ACS until the 1890s.

The proceedings were recorded by a stenographer by photophone, edited by Henry Morton and printed for private circulation. Digitized in entirety. 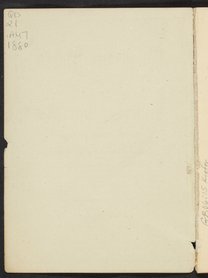 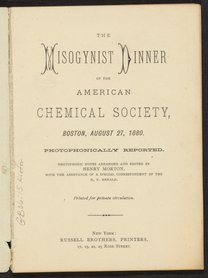 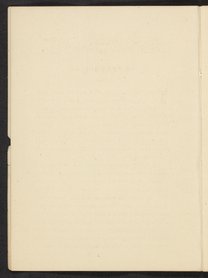 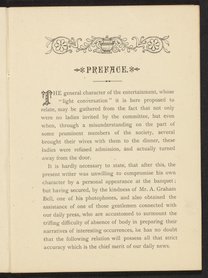 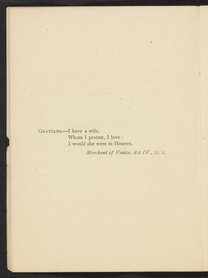 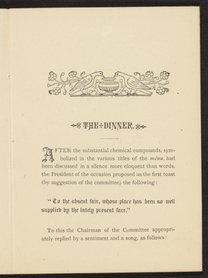 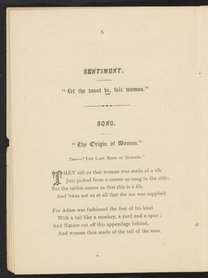 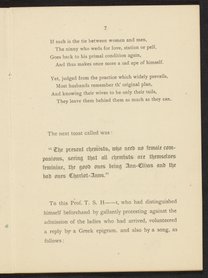 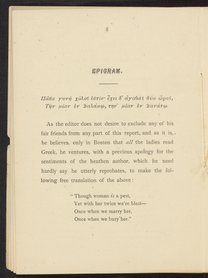 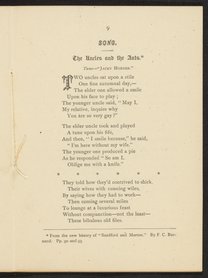 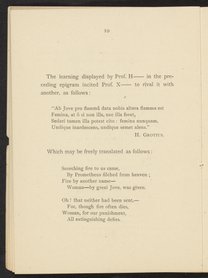 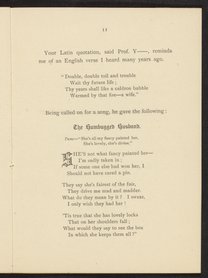 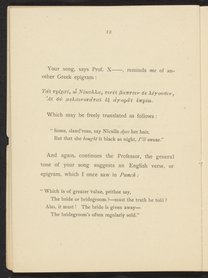 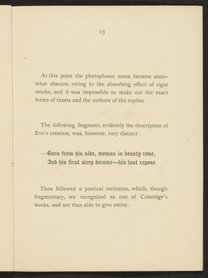 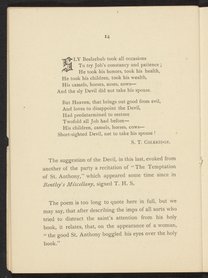 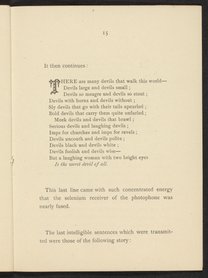 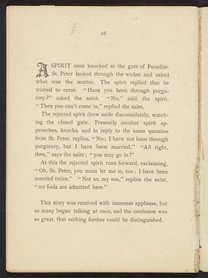 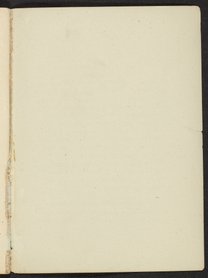 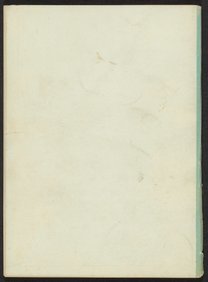 The Misogynist Dinner of the American Chemical Society