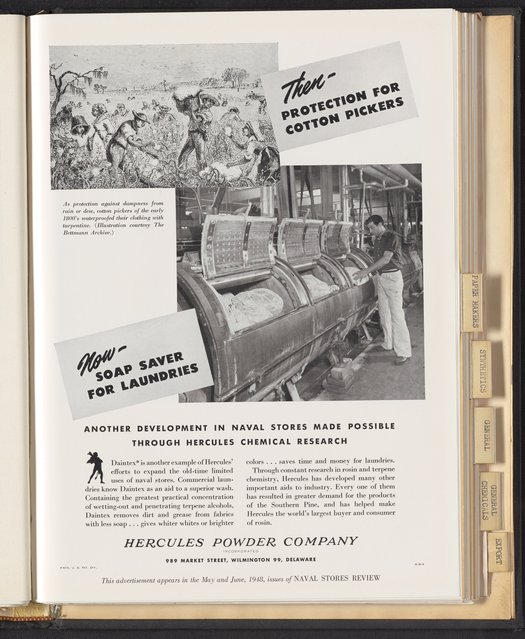 Advertisement for Daintex, a terpene-based chemical manufactured and sold by the Hercules Powder Company for use in soaps and detergents. The advertisement details the varied uses of naval stores past and present, highlighting Hercules' discovery and development of new products and uses. This advertisement appeared in the May and June 1948 issues of Naval Stores Review.

Then, Protection for Cotton Pickers...Now, Soap Saver for Laundries