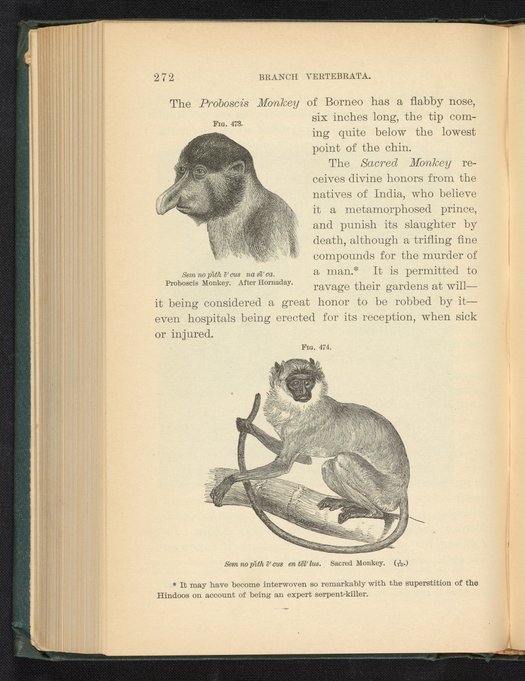 Figures 473 and 474 of the 1887 volume Popular Zoology. Figure 473 depicts a proboscis monkey, also known as a long-nosed monkey. Figure 474 depicts a sacred monkey. The accompanying text describes the honor accorded the sacred monkey in racist terms, negatively comparing the punishment for slaughter of the monkey to that of a man and detailing the alleged permissiveness afforded the monkey in Indian society.