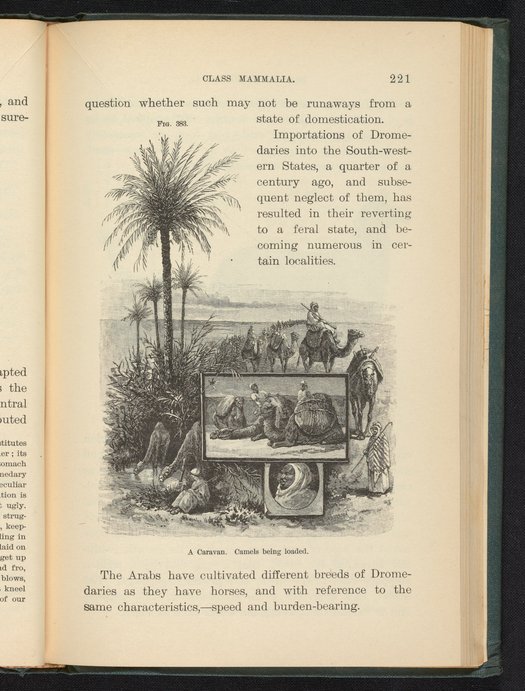 Figure 383 of the 1887 volume Popular Zoology depicting a caravan of camels moving through the desert. The figure includes several racist stereotypical representations of Arab men riding and loading the camels for transport.

Figure 383. A Caravan. Camels Being Loaded