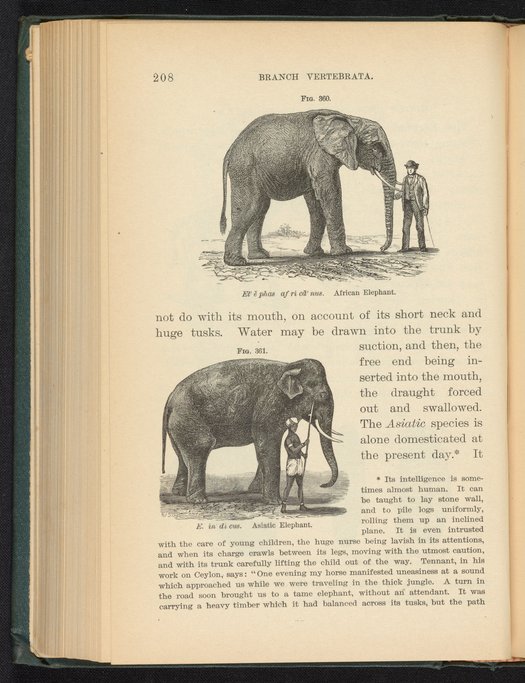 Figures 360 and 361 of the 1887 volume Popular Zoology. Figure 360 depicts an African elephant. Figure 361 depicts an Asiatic elephant alongside a racist stereotypical representation of an Asian man.