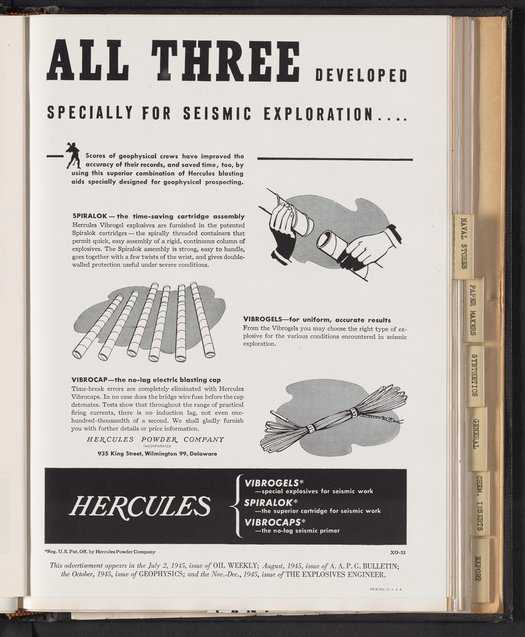 Advertisement for Hercules Vibrogels, Spiralok, and Vibrocaps, the trademarked names for cartridges, electric blasting caps, and other blasting aids marketed and sold by the Hercules Powder Company. Formed in 1912 as part of an anti-trust settlement with DuPont, the Hercules Powder Company (later Hercules Inc.) initially specialized in the manufacture of explosives and smokeless powders and subsequently diversified its business to encompass a variety of industrial products, including pine and paper chemicals, synthetics, pigments, polymers, and cellulose.