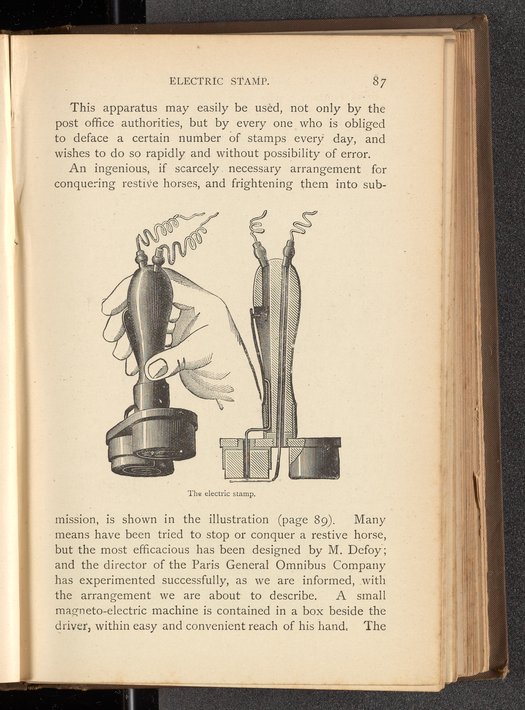 Illustration depicting an electric stamp, a device used to deface stamps with a heated platinum wire in the form of a design or initial. The device is powered by electricity, using the hand of its user to complete the circuit upon use. The illustration is included in the accompanying text to depict an application of electromagnetism.

“The Electric Stamp.” Wonders of Electricity and the Elements, Being a Popular Account of Modern Electrical and Magnetic Discoveries, Magnetism and Electric Machines, the Electric Telegraph and the Electric Light, and the Metal Bases, Salt, and Acids. London, England: Lock Ward, 1870–1900. https://digital.sciencehistory.org/works/7q3mq98.