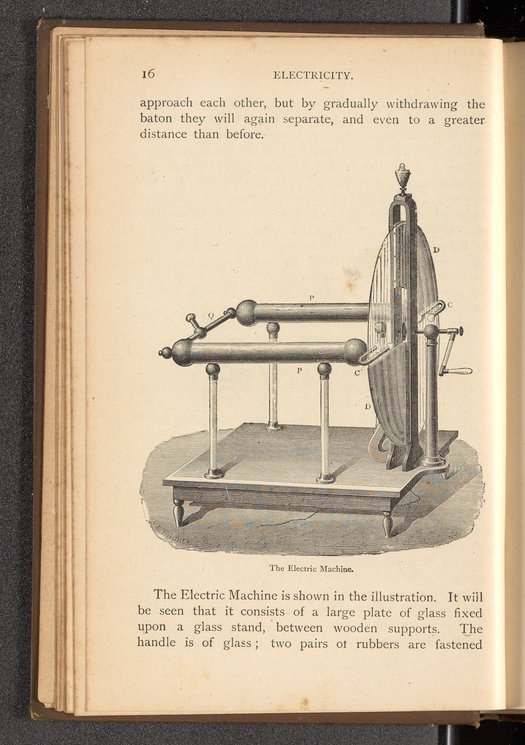 Illustration depicting an Electric Machine, or a device used to convert mechanical energy into electrical energy to store a static positive charge. The device operates by turning a glass plate between two metal-coated "rubbers" to produce an electrical charge. The illustration is labeled to identify components of the device including the conductors, crosspiece, and curved rods.