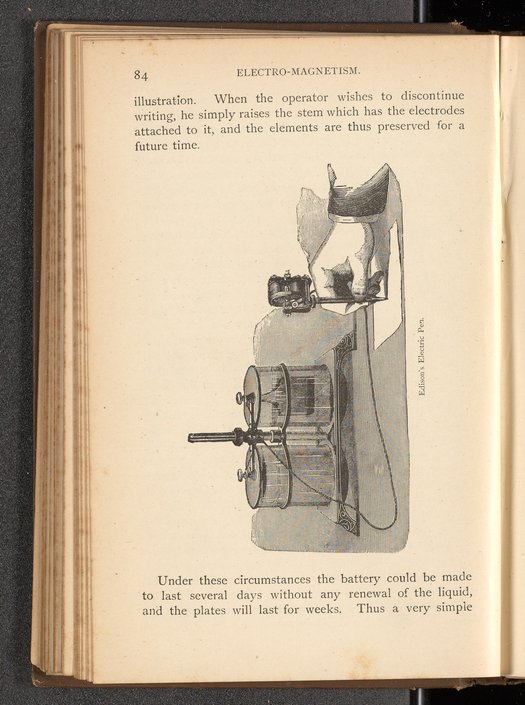 Black and white illustration depicting the electric pen, an invention of Thomas Edison (1847-1931). Powered by an electric motor, the pen was created as a means to duplicate documents. It operates by using a perforating function to create a stencil from which numerous prints can be produced. The illustration is included in the accompanying text to depict an application of electromagnetism.

“Edison's Electric Pen.” Wonders of Electricity and the Elements, Being a Popular Account of Modern Electrical and Magnetic Discoveries, Magnetism and Electric Machines, the Electric Telegraph and the Electric Light, and the Metal Bases, Salt, and Acids. London, England: Lock Ward, 1870–1900. https://digital.sciencehistory.org/works/tf84scr.