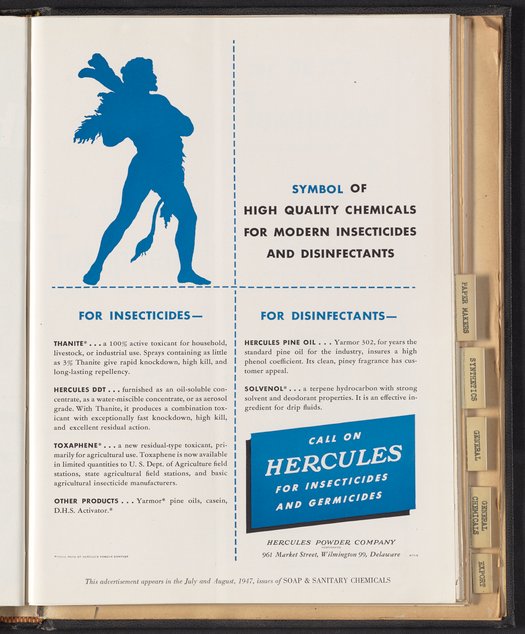 Advertisement for toxicants, pine oil, and solvents manufactured and sold by the Hercules Powder Company for use in insecticides and disinfectants. This advertisement appeared in the July and August 1947 issues of Soap & Sanitary Chemicals.

Symbol of High Quality Chemicals for Modern Insecticides and Disinfectants