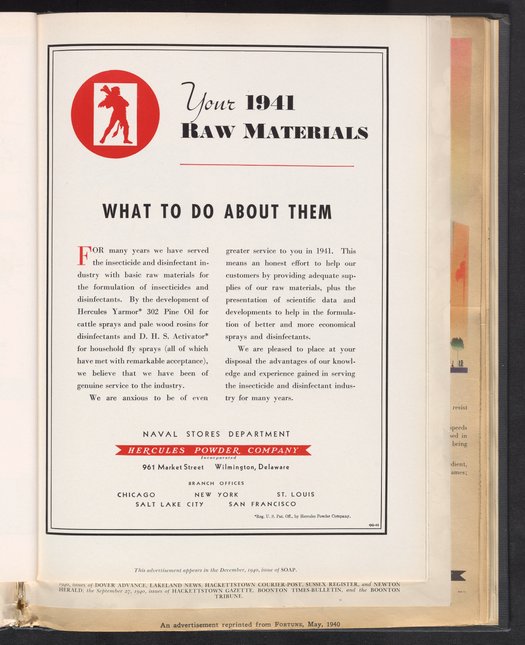 Advertisement for various naval stores products, including Yarmor 302 Pine Oil and D.H.S. Activator, manufactured and sold by the Hercules Powder Company for use as raw materials in the formulation of insecticides and disinfectants. This advertisement was published in the December 1940 issue of Soap.

Your 1941 Raw Materials: What To Do About Them