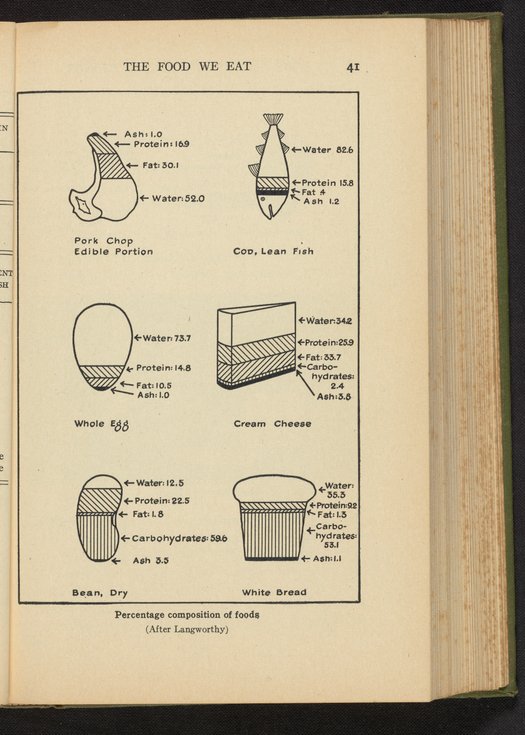 Scientific diagram illustrates the percentage composition of foods including a pork chop, cod, egg, cream cheese, bean and bread. Illustrations are after the charts created by Charles Ford Langworthy of the United States Department of Agriculture, published by the Department.