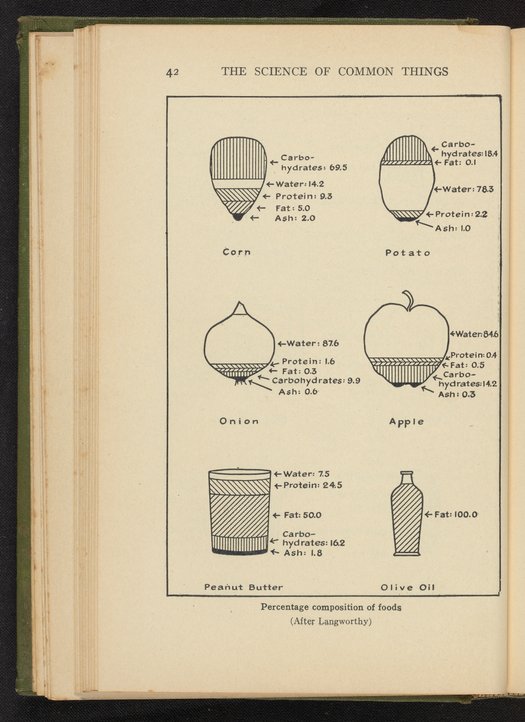 Scientific diagram illustrates the percentage composition of foods including corn, potato, onion, apple, peanut butter and olive oil. Illustrations are after the charts created by Charles Ford Langworthy of the United States Department of Agriculture, published by the Department.