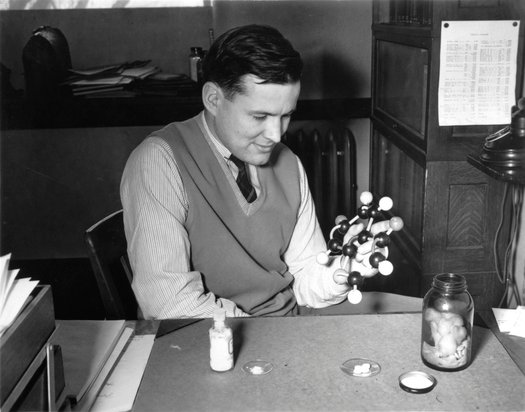 General view of American chemist Charles C. Price holding a molecular model while seated at a desk. This photograph was likely taken in Price's office at the University of Notre Dame, where he served as Professor and Chairman of the Department of Chemistry from 1946 to 1954.