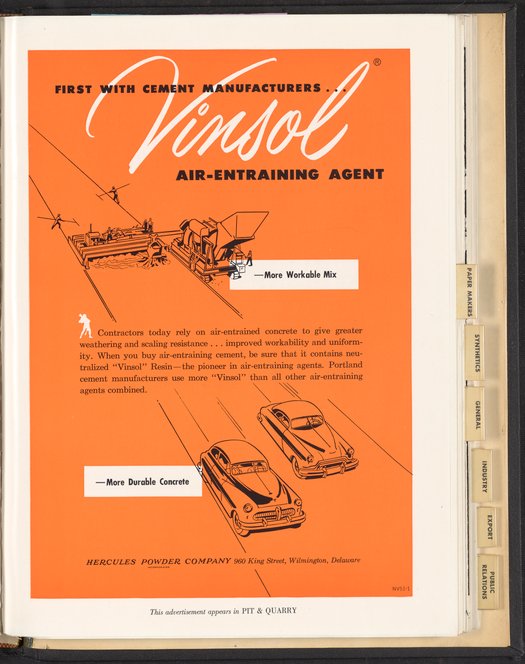 Color print advertisement for Vinsol, a resin manufactured and sold by the Hercules Powder Company for use in cement and road construction. The advertisement shows an illustration of two cars on a stretch of road being paved by workers with a cement truck. The accompanying text describes the benefits of air-entraining cement made with Vinsol Resin. This advertisement appeared in Pit & Quarry.