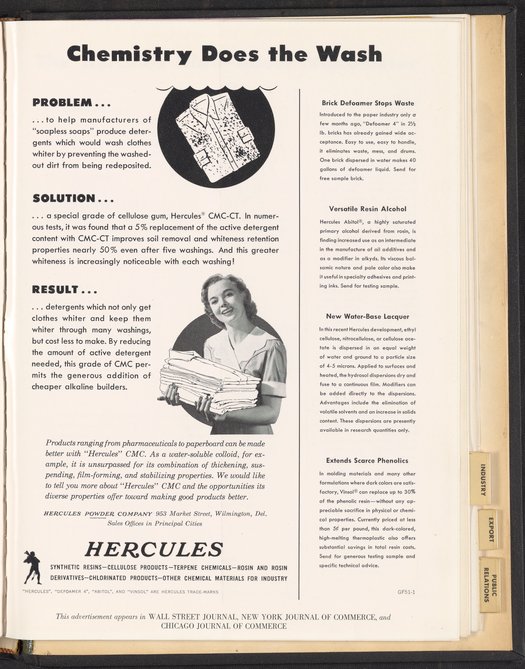 Print advertisement for Hercules CMC-CT, unpurified cellulose gum manufactured and sold by Hercules Powder Company for use in detergent products. The advertisement shows an illustration of a folded shirt, and an inset photograph of a woman holding a stack of laundry. The accompanying text describes the benefits of adding Hercules CMC-CT to detergent products to improve soil removal and increase whiteness retention in fabric. The sidebar describes several other Hercules products, such as Defoamer 4, water-based lacquer and Vinsol Resin. This advertisement appeared in Wall Street Journal, New York Journal of Commerce, and Chicago Journal of Commerce.

Chemistry Does the Wash