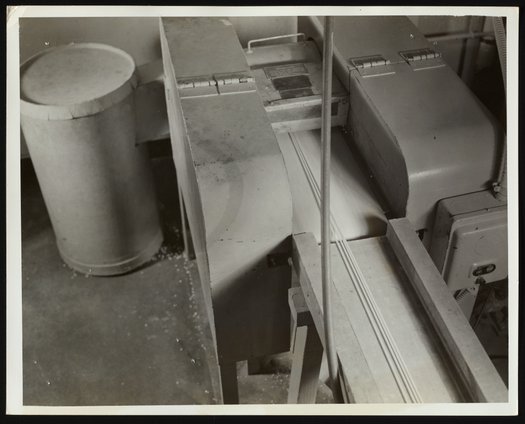 Close-up view of an extruder in use in the Plastics Laboratory at the Hercules Powder Company plant in Parlin, New Jersey. Extruders were commonly used to process and shape a variety of raw materials produced at the plant, including ethyl cellulose, nitrocellulose, and cellulose acetate.