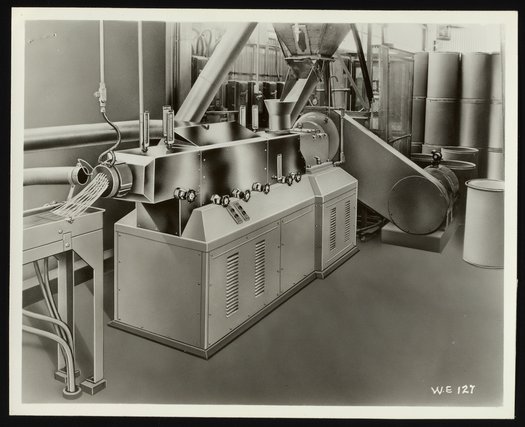 Retouched photograph with a general view of an extruder used at the Hercules Powder Company plant in Parlin, New Jersey. Extruders were commonly used to process and shape a variety of raw materials produced at the plant, including ethyl cellulose, nitrocellulose, and cellulose acetate. Per an article from the July 1951 edition of Modern Plastics detailing the extrusion process at the Parlin plant, this twin-screw compounding-extruder was manufactured by Welding Engineers Inc., Machinery Division, in Norristown, Pennsylvania.